As is my practice, I took my morning cup of coffee outside to enjoy the daybreak over the ridges and valleys that grace the view from my southern deck.  That rebellious, disorganized part of my frontal lobe pulled two words out of the vast emptiness of my misfiring synapses, “Chalice Run.”  The groggy left cranial hemisphere that shelters my curiosity chimed in with, “Okay, I know what a chalice is, but how does that fit with run?”  Memories from my right quadrant began sharing images of my stays in Houston County, Tennessee and its quaint Church fish-fries, beautiful hills, crystalline waterways, and the simple, but reverent hill-people who live off the land.  About that time the stimulant reached that half dozen brain cells I use when writing, and The Chalice Run of Houston County was born.  I hope you enjoy it.

The Chalice Run is an oddity unique to the people of Houston County.  No one knows or truly remembers when or why it started.  Some of the oldest families in the hills believe it is END_OF_DOCUMENT_TOKEN_TO_BE_REPLACED

I am happy to announce that we have a Google+ profile page that Adrianna is running!!! The page will be there to update everyone interested about our upcoming competitions, and introducing submitted writings by you all. Also, it will be there to share your work from your profiles.

If you wish to have your stories (short or long), poems, or prose posted on our site, please submit to davidandadrianna@yahoo.com.

All of you that were friends with A. Joleigh before, please circle her again. Would you please share this with your circles, too?

Showering presents at your dusty feet
Gifted presents of destruction
Africa you slit the throats of your sons
And you laugh hysterical afterwards
Africa you massacre your heir
Quenching thirsty rivers with floods of blood
Overflowing flooded with corruption you endure
Thirst of hunger
Power hungry
When will the tears end?
Cry oh! beloved Africa

Our dreams are but crystal drops falling from eyes tearing with joy or sorrow; their pings can be heard for miles around; their echoes bounce back to bless or to haunt. One droplet, the best droplet, shone as a white flare for a moment in time; smiles frozen on celluloid; romantic poses pasted into a sticky album and boxed away for latter days…It was just a tiny, liquid drop of youthful expectation collected in a bucket yet it promised the biggest prize. Of all those constrained in my little sea, on that cornerstone I fashioned my house knowing that, one day, I could look back and see it still shining like a beacon END_OF_DOCUMENT_TOKEN_TO_BE_REPLACED

This first one is a “think outside the box” type of post.  Leave aside your phobic fears or killing instincts, and look for the story within, i.e. a malevolent and purposeful placement, an omen, a supernatural event, or explore from the non-human POV.

1.  You awaken to find a snake in your house (you decide where).

2.  Explore the psyche, guilt and/or motives of a cheating spouse.

3.  Depressed, lonely and standing at a wave swept shore of an ocean, your MC is overwhelmed with the memory his/her experience of “First Love” and the circumstances leading to or ending that relationship.

Remember to submit your work to be showcased here on the Gallery.  It does not have to be motivated by these or any previous prompts.  Adrianna and I are only looking to spur your imagination and cultivate your talents.

Lest anyone doubt the Spring Green…

Last week I watched with my annual awe at the rebirth of these forested hills; but Mother Nature is a fickle bitch.  She unleashed a harsh mid-April snowstorm on Western North Carolina with frigid winds and icy temperatures bent on staving the arrival of Spring.

The Great Smoky Mountains took the last assault from the far north in stride and wore their dusting of powdered sugar with more pride than disdain.  The weather prognosticators had warned of the approaching front; gardeners and nursery workers throughout the region scurried to protect the tender spring blooms, potted ornamentals and starter vegetables.  The orchard tenders, those guardians of our delicious Autumn fruit, irrigated and fanned the tiny pink and purple flowers hoping with worry and dread that there would be no recurrence of the “year of no apples.”  The feral critters of the woods took to their burrows and lairs; the flocks of avian songsters found refuse from the bitter winds in the eaves of rustic barns and in sheltered rocky crags; the domestic cattle, chickens, turkeys, donkeys and geese were all stowed with love by their kind custodian, the farmer.  Quaint chimneys exhaled aromatic wisps while the townsfolk sipped mugs of hot cocoa or tea.  Higher in the hills and deeper in the forest the scene would have been similar, but the sipping would be from Mason jars and the beverage, White Lightning.

It seemed as all Haywood County was hunkered down for this last winter storm.

As is typical for a late season storm, it blew in and blew out in less than 24 hours.  By late afternoon of the day after, nowhere except on the faraway highest peaks was there any signs of snow, ice or the recent incursion by Old Man Winter.  The storm was gone and the energy of the mountains once again turned to the greening of Spring.

From the front deck of my house, in the winter, while the trees are barren, I can see, far below, the county road that accesses the private lane up to this secluded ridge.  As the season warms and the deciduous dendritic fingers push new tendrils out, the road becomes obscured to my view; it was a reversal in this annual refashioning that preempted my attention as I sipped my morning coffee yesterday, enjoying the early morning vista.  I heard a distant engine and watched as one of the farm hands arrived at work.  It was a troubling revelation that I could once again see approaching vehicles.  In preparation for our recent freeze, it seems no one had warned our arboreal neighbors.  The tender new leaves on the highest branches, those harbingers of the verdant spring, now drooped like the dry brown tears of a mourning mother.  Her energy spent on the new growth wasted, the grandmotherly hemlock that resides near the front of my home, now has a sad and defeated look that touches me deep in my soul.

I don’t know if these trees will attempt resuscitate the vestiges of their recent proud array or shed them to make room for some as yet unborn buds.  Mother Nature, in her often aloof and harsh benevolence, will nurture her children with a divine lenity that no mere mortal could ever understand.  As an example, many of her less statuesque forest stock were shielded by their altitudinous parents and their new growth is still intact.  Yes, the seasonal change has arrived in these mountains, and even in light of our late winter storm, let no one doubt the Spring Green.  It is a wondrous time to live in the Smokys.

END_OF_DOCUMENT_TOKEN_TO_BE_REPLACED

There is a sleepy hamlet several miles across the valley from my mountain lair.  This morning as I sipped my coffee in the first few minutes of daylight, I thought what wondrous stories must lie in those simple cottages and tiny abodes.  A tourist to these mountains might stand in awe at the innocent beauty of that distant community with its churches, backyards, and quaint porches, but I am a writer, and I see those opaque real life images as fodder for my next story.

Much of life is admittedly mundane with scarce moments of real drama, humor, terror, evil and pain, yet it is these ignoble human instincts that drive fiction.  Somewhere in that congregation of modest dwellings there is a child crying, hungry for breakfast not yet served by an inattentive parent, a spouse deep in the degradation and self-loathing of infidelity, a couple enrapt in the passion of their new marriage ignorant of what lies ahead in the near future, another couple in utter desperation for the lack of financial stability, one woman hagridden with illogical hatred, and a hapless man bedeviled with impossible lust.  But what makes me smile with anticipation is that within each of these malefic scenarios there are also those succulent yet purely human subtleties of maleficence, self-deceit, murderous urges, ironic twists, plots of sweet revenge, spiritual absolution, and apocalyptic revelation.  What moral should I weave into the decrepit life of my next prosaic protagonist?  For what good is a story that doesn’t teach something useful?  What would you learn?

Across the valley, amid the worker ants scurrying off to their appointed labors, amid the queen ants tending to their nest, amid the nits learning their place within the colony, there lies a thousand stories waiting to be told.  A writer is, after all, a lurid voyeur, obsessed with studying you, your conversations, motives, emotions, interactions and idiosyncrasies.  I am watching you.

You, my reader, my friend, my colleague, I count each of you as yet another distant villager, and you, or at least a part of you, are destined to be my next character.  Beware and cherish what you have, because I can assure you that the life you live is far less exciting and perilous than the life I have planned for you.

Yes, there is a picturesque village across the valley from my home pitched high on this mountain, and I am watching…

Does your story have a scene of danger or horror? Is it scary enough? Do you want your readers to fear for your main character’s safety? Here’s a simple technique on how to make a scene seriously frightening:

END_OF_DOCUMENT_TOKEN_TO_BE_REPLACED

It no longer beats to the rhythm
that they, themselves, once shared. END_OF_DOCUMENT_TOKEN_TO_BE_REPLACED

Note to blogger: Check that the URLs are still live. Pages and YouTube videos often get deleted or withdrawn. You may want to embed the videos.

For historical fiction, a dagger is the ideal weapon: plausible in many scenarios, and  loaded with emotional connotations. Yet, its under-used, because few writers grasp the END_OF_DOCUMENT_TOKEN_TO_BE_REPLACED

Dialogue tags (he said, she asked, he replied) can help the reader understand who’s talking. But when it’s clear who’s talking, you can cut the tag.  This makes your writing tighter and the pacing faster.

If the speaker is doing something, the action is enough to attribute the dialogue. Simply put END_OF_DOCUMENT_TOKEN_TO_BE_REPLACED 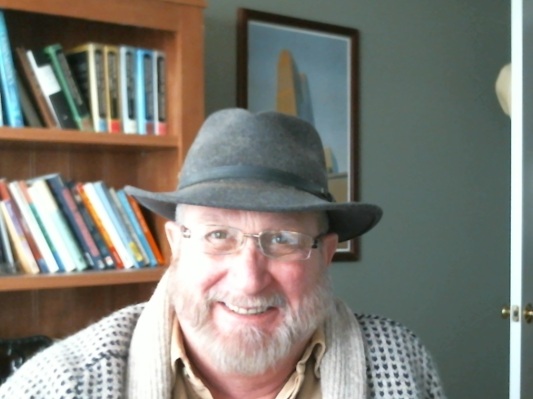